Yesterday and today I added scans to the Kent/Kent Gospel discography. Among them the LP by the Los Angeles Gospel Chimes, pictured below. It probably was their only record.
I found out that Brother Henderson most probably was involved in all releases on the Kent Gospel label, except for the song “Did You Stop To Pray This Morning” by the Pilgrim Travelers (#3000). This song was released earlier on Kent LP 564, and it was produced by J.W. Alexander. However, the b-side of #3000, “Jesus Knows”, was produced by Brother Henderson. His name is given on the label.

The King label is next and will take some more time… 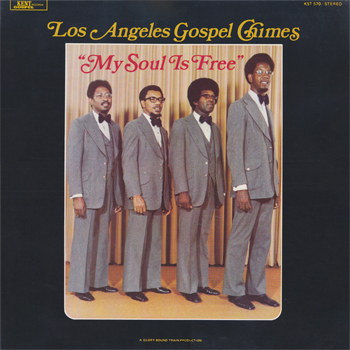 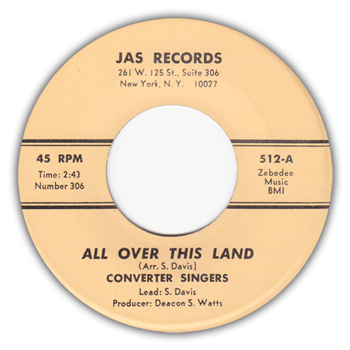 Martha Bass selected these songs from Mahalia Jackson’s oeuvre, in coordination with producer Ralph Bass, who was not related to Martha Bass (according to the back cover). Eleven songs were recorded in December 1969 and the album was probably released in early 1970. I’ve added scans and details today, click on the image below to see it all. 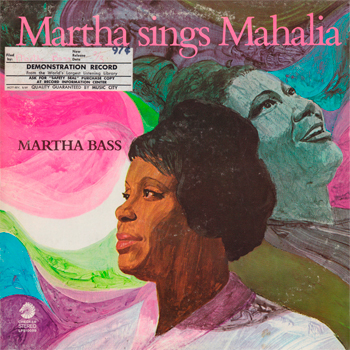 While searching the internet, I found a fourth variation of Halo 11 by the Salem Travelers. I’ve added the scans to the Halo 11 page. This is just about minor details, but I find it interesting nevertheless. Maybe the same thing happened with other Halo 45’s as well, but to have four variations of one 45 seems a bit extraordinary to me. 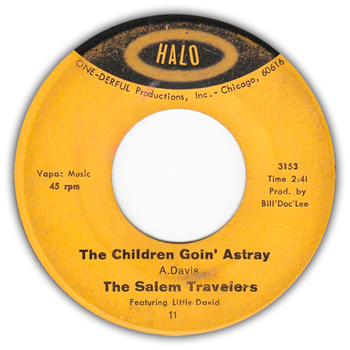 Rev. “Singing” Sammy Lewis, also known as “the Crown Prince of Gospel”, started his recording career in 1949, as Sammy Louis on Aristocrat. He continued to record for labels such as Vee-Jay, Rush, Checker, Halo, and his own Prince label. Today I’ve added scans and details for Checker LP 10032 from 1967. Click on the image below to see it all. 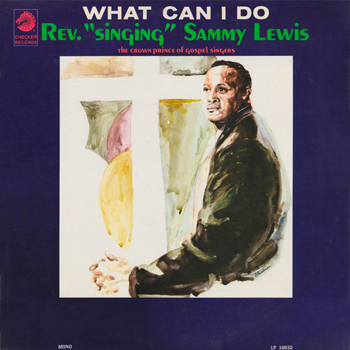 Yesterday and today I worked on the Hy-Tone discography and added all (good) scans that I have available. Interesting label with lots of questions to be answered. 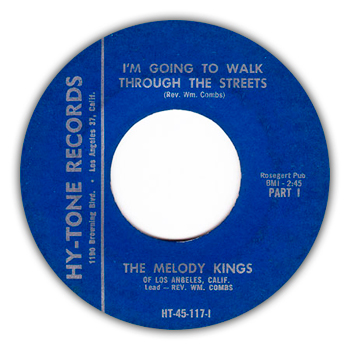 I’ve added scans and details for Checker LP 10040 by the Violinaires. Another one with artwork by Judith Friedman (like LP 10039 by the Willing Four, added earlier today) and not a big success either. Don Bronstein, responsible for the artwork of many legendary Chess and Checker albums, became less involved, so it seems, and that’s a shame. Apart from that, this is a pretty good and well-produced (Ralph Bass) album by the Violinaires, reflecting pop and soul influences and the love & peace attitude of the day (“Spreading Brotherhood”).

Click on the image below to see all scans and details. 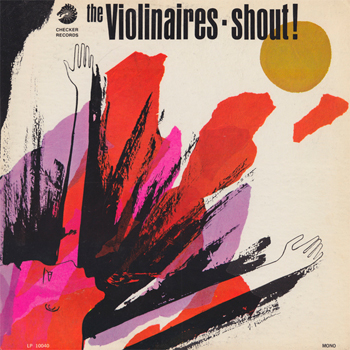 Today I’ve added scans and details for Checker LP 10039 by the Willing Four. This group appears not to be connected to the one that recorded for the Regis/Manor labels in 1944 (Regis 115, Manor 1069). The Checker recordings were their first recordings apart from an acetate (Jesus Is With Me b/w You Don’t Know How Blessed You Are) that was made a few years earlier (the acetate likely features the same group, but that needs to be confirmed).

As for the cover art (Judith Friedman), this must be one of the worst looking albums in the Checker gospel catalogue. The album itself is worth checking though.

The Willing Four continued to record for Jewel and one 45 appeared on the HSE label.

Click on the image below to see all scans and details entered. 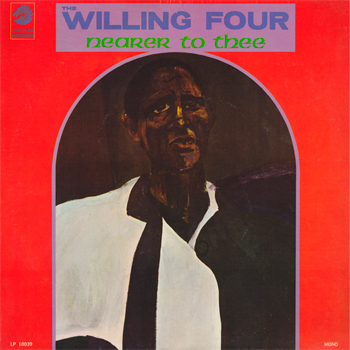 Today I’ve added scans to several discography, mostly to the Gospel discography and most of them were sent to me by Per Notini, who made many contributions to this website.

Here’s what has been added today: 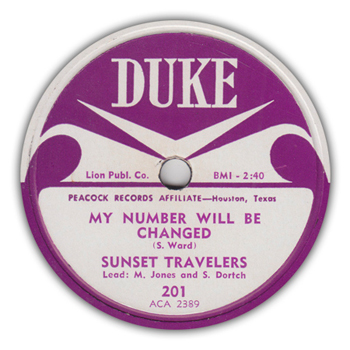 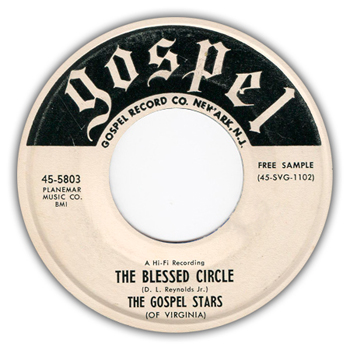 I’ve added scans and details for Proverb LP XX01, a rare compilation album from the late 1960’s (c. 1966-67). Although it’s ‘Volume 1’ according to the cover, no second volume is known to exist. The album features well known names, such as the Pilgrim Travelers and the Mighty Clouds of Joy, and lots of more obscure ones. The Southern Gales is a total obscurity; this album features their only known performance. Click on the first image below to see all details of this LP. 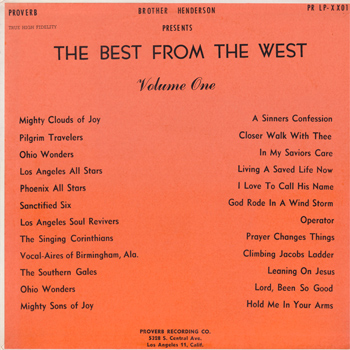 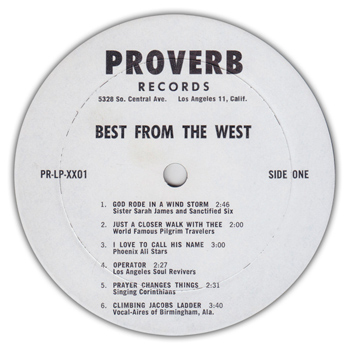