Also added, a few days ago, are scans for the Meteor label discography (two gospel issues). 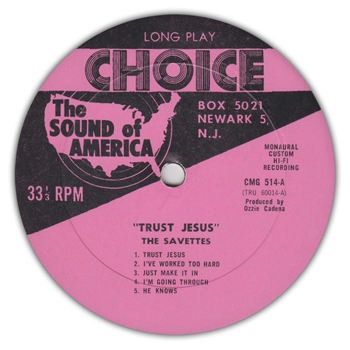 In the last few days I added 60+ scans to the website. Some came from Per Notini, some more from the internet. Most scans were new, some replaced previous scans (because they were better looking) and there were a few previous unknown releases as well. Probably the most interesting of these was an EP on Friendly by the Gospel Lights (better known as the Gospel Light Singers). Remarkable was a different release of Ark 148; shown already was a version credited to Charlie Baker and the Six Gospel Stars, but on the internet appeared a version credited to Charlie Baker and the Five Singing Stars.

And a couple of weeks ago, I added scans for the Lloyds, Manor and Message discographies, as part of the ongoing move of images from my old website to this new one. Forgot to mention it in a post earlier.

It appeared I had an error in my Planet discography; there were actually two Planet labels listed – one from St. Louis and one from (prob.) Chicago. It has been corrected today. The St. Louis issue (Rev. W.B. Rouse) has been deleted and the notes have been updated.

Yesterday and today, I’ve worked on a Tru-Sound/Prestige discography. I still have to add a couple of images, and will do that soon. Tru-Sound was a subsidiary label of Prestige, in operation between 1961 and 1963. As for gospel, nine 45’s and seven LP’s were released, the last LP as a Prestige issue (in 1964). Apart from that there were several secular releases by artists such as King Curtis, Rhoda Scott, Ernestine Allen, Eddie “Blues Man” Kirkland, etc. This short-lived Prestige offshoot remained a little obscure, which is especially the case for the gospel releases. Most or all recordings were made by Ozzie Cadena (producer) and the world famous Rudy Van Gelder (engineer).