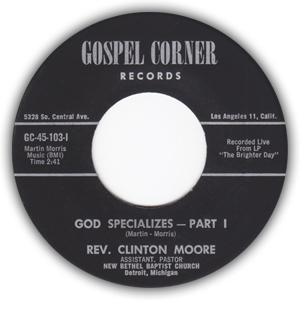 After discussing Gospel Corner 108 (listed in many discographies as #103, see below and also check the notes in the Gospel Corner discography), I found a copy of the correct #103 (black labels, no mention of Proverb Records). The artist is Rev. Clinton Moore and the tracks are titled “God Specializes” (Pt. 1) and “God Specializes” (Pt. 2). Both are recorded live in the New Bethel Baptist Church in Detroit, MI, which is the same church were Aretha Franklin was recorded in 1956 (see this post). This Rev. Moore 45 was probably released in 1965 and the recording date must be from around the same time (1964-65). This fills another gap in the Gospel Corner discography as this 45 was not listed anywhere else, as far as I know. The labels mention the LP “The Brighter Day”, which is an otherwise unknown album. Among several other records by Rev. Clinton Moore, there were two 45’s released on the related Proverb label and both of these 45’s also mention albums which are otherwise unknown. So, there are still some mysteries to uncover.

Gospel Corner 108 (Brother Henderson) is definitely not #103. I found a copy of that one too. The numbers on the labels are kinda vague (see enlarged detail below), but ‘108’ seems most likely to me. Further more, the dead wax shows number 108, which corresponds with the other details: green labels (not black as used for the early Gospel Corner 45’s) and mentioning Proverb Records. It must be said though that #107 (Rev. James Robbins) and #108 (Page-Ettes) do have black labels and also mention Proverb; these 45’s mark the transition from the early black issues to the successive green labeled issues. Gospel Corner 108 by Brother Henderson was released a little later than #108 by the Page-Ettes.

Scans of both #103 and #108 have been added to the Gospel Corner discography today. 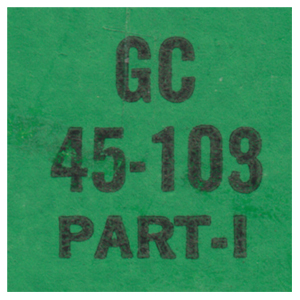 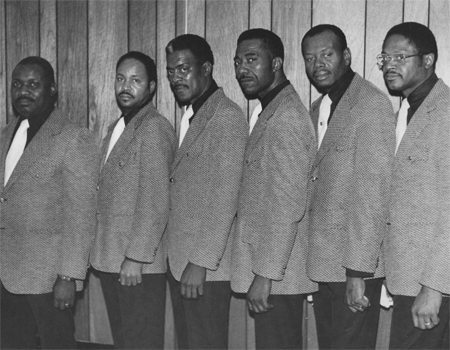 According to the back cover text of Kent Gospel LP 576, the Christian Travelers were formed in 1949. They origin from St. Louis, MO. Their first recording session was for Peacock in c. May 1953. Peacock 1715 (“Well Done” and “Make More Room For Jesus In Your Life”) was their first release. It was followed by Peacock 1737 (“Only A Pilgrim” and “Oh What A Savior”), which was recorded at the second session they did for the Peacock label, in c. August 1954. After these initial recordings, the group remained active (they worked with Rev. Cleophus Robinson and Josephine James), but they didn’t record again until the late 1960’s. The Norman label, from St. Louis, released two 45’s by the group, after which they were brought to the attention of Brother Henderson. An LP was the result of this collaboration, which was released on Kent Gospel in the early 1970’s (Kent LP 576). The third man on the right on the photo shown (which comes from the Kent LP) is identified as James Wafer, who was a member of the Pilgrim Travelers during their Proverb days. With the demise of Brother Henderson in 1973, all activities for the Kent Gospel label came to an end and the Travelers had to travel on. During the 1970’s several 45’s were released on tiny labels such as Redi-Soul, Zudan, Mega and Randy’s Spiritual Record Co. 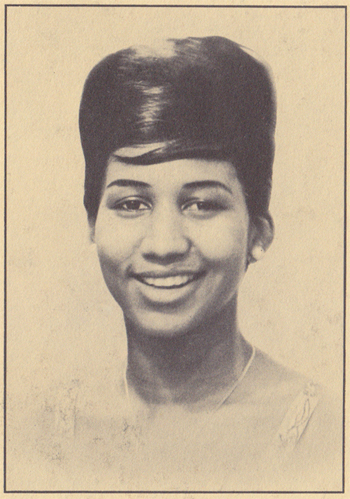 Aretha Franklin’s first recordings were made during a service at New Bethel Baptist Church in Detroit, MI, in 1956. “Precious Lord” (Pt. 1 and 2) first appeared on J-V-B 75, “You Grow Closer” and “Never Grow Old” came out on J-V-B 47. J-V-B was Joe Von Battle’s label, located in Detroit, MI. The sides mentioned and “There’s A Fountain Filled With Blood” then found their way to J-V-B 100, an obscure LP which also featured Sammie Bryant and Rev. C.L. Franklin, Aretha’s father. This album was reissued by Joe Von Battle on his Battle label (LP 6105) in 1962. The same year saw a follow-up release with Battle LP 6109, featuring the same artists as on LP 6105 with more recordings from the same church service. The Aretha Franklin songs on this album were “The Day Is Past And Gone”, “He Will Wash You White As Snow”, “While The Blood Runs Warm”and “Yield Not To Temptation”.

Aretha Franklin’s secular successes (she recorded for Columbia at that time) also drew the attention of the Chess brothers, who issued all of the before mentioned Aretha Franklin recordings on their Checker label (LP 10009, 1965). The Chess brothers already worked with Joe Von Battle on several other occasions.

It’s safe to say that these early gospel recordings wouldn’t have drawn that much attention if it wasn’t for Aretha’s breakthrough as a major soul artist. The songs were also reissued many times later on and are well accessible for everyone interested. Probably of more interest to the general gospel lover is  Aretha Franklin’s 1972 gospel LP titled “Amazing Grace” (Atlantic LP 2-906). The music of this album is widely available as well. 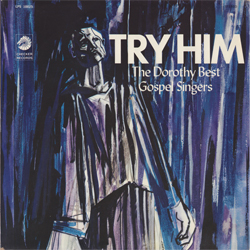 Not a very well-known Checker LP, but “Try Him” by the Dorothy Best Gospel Singers sure is worth listening to. The album features Dorothy Best singing solo on side 1 and she shares the spotlights with her family on side 2, except for “Little Wooden Church”, another solo performance. “I Want Jesus To Walk With Me” has lead vocals by five year old son Nathaniel Jr. and is the only track to skip, unless you find kids gospel charming.  I prefer side 1; great gospel singing by Dorothy Best, backed by a solid soul band. The duets with her husband are fine as well. It’s a shame there’s no more to enjoy; these were the first and last recordings by Dorothy Best.

Details and cover and label images have been added to the Checker discography today. 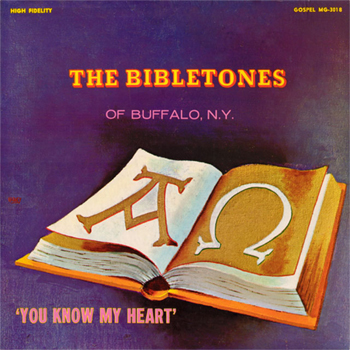 The Bibletones of Buffalo, NY were discovered by Jimmy Lyons of W.U.F.O., who brought them to Savoy’s Gospel label. In January 1962, the Bibletones recorded their first session which resulted in four songs. They returned to the studio in August to record six more songs and all ten recordings were subsequently released on Gospel LP 3018 in 1963. Despite the strong material, the group only had one more 45 on the Gospel label (#1087, 1964) and it took around six years before the obscure Mo Do label, from the Bibletones’ home town, released two new recordings by the group (Mo Do 112, 1970). Later, the Bibletones also recorded a 45 for Gospel Bright (#708, early 1970’s) and an LP for Gladys (#83, 1970’s-80’s?). James Moore Jr. and Herbert Primm were in the group from the very beginning and wrote most of the (early) material. Other (later?) members include Charles Montgomery.

Today, I’ve added scans of all releases by the Bibletones on the Gospel label; one LP and three 45’s. 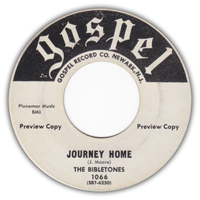 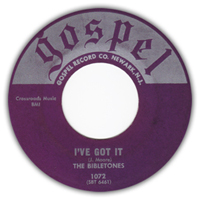 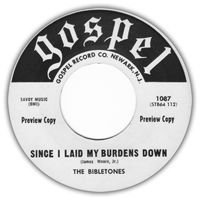 I’ve added scans for all Gospel (Gospel Record Co.) 78rpm records in my possession, and I made a start with the 45rpm records. In the last few days several scans for the Excello, Federal, Glory and Gospel Corner discographies have been added, most of which came from Per Notini. There were also scans of two LP’s added (Kelly Brothers on King, B.P.S. Revolution on Kent Gospel) and some corrections and additions were made in the text.

Scans have been added for the Glory label.

Scans have been added to the Friendly, Fine Art and Globe discographies.

Label images have been added for the Fidelity, Finch & Fine labels.