In the last few days I have added scans and info for the following LP’s: 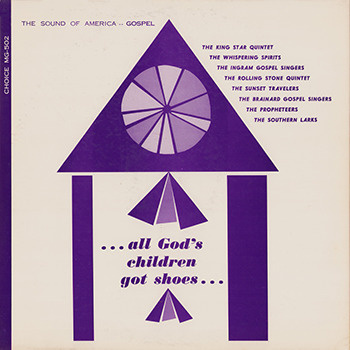 Another CD-r (and download) has been made available today: “Just Faith” by the Gospelaires of Dayton, Ohio (Peacock 103, 1960). This is really a great album and it’s definitely in the top 10 of my favourite gospel albums. Even though the Gospelaires were an important group on the Peacock label, having quite a bit of success, this album has never been reissued since c. 1974 (when it was reissued on ABC-Peacock), as far as I can tell. So, it’s about time!

Check the page by clicking on the link above or the image below. An MP3 is available to listen to. 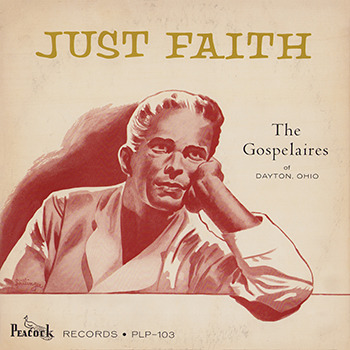 For completeness sake, I’m now also offering the album “Beyond The Clouds” by Odessa Perkins’ Sunshine Jubilee (Golden Soul 2847). The group here is almost the same as on the Lathanettes LP “Letting The Master Have His Way” (Boola-Boola 715), which I digitized and offered for sale a few days back. This LP, from 1971, is not of the same quality as the Lathanettes album, but it has a couple of fine moments, like “Put A Little Love In Your Heart” and “Holy Ghost’s Got Me”. An Odessa Perkins discography is on its way. Check the For sale menu if you’d like to buy CD-r’s or downloads from me. 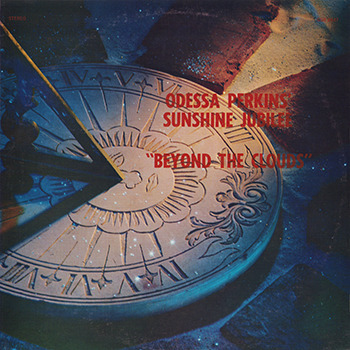 The Los Angeles Angels (I first thought this would be a female group, but no) recorded for Proverb and left us an LP and several 45rpm releases. The album was titled “Blow Wind Blow” (later reissued as “The Circle”) and featured several of the group’s single sides plus a few album-only tracks. The group has potential, but the song selection could have been much better and the production a little more careful. Songs like “How Great Thou Art” and “Closer Walk” (“Just A Closer Walk With Thee”) will not be missed when I won’t ever hear them again (in fact: regardless if it’s the Los Angeles Angels or whatever other group singing!).  Luckily, the album also contains a few fine tracks, like “Something Within Me”, “The Circle” and a rousing version of “The Saints” (“When The Saints Go Marching In”, recorded live).

The original album is quite rare but now available as CD-r or as a download. Check the CD-r’s page under For Sale to order, or click on the image below to get more album details and an MP3 to listen to. 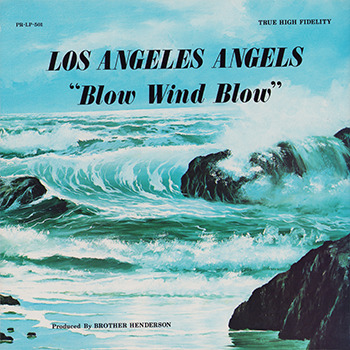 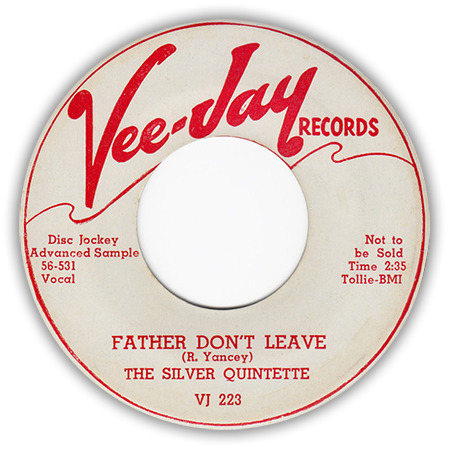 It’s been some time since I last transferred an LP to CD, but I’m happy to add one more title to my offerings: “Letting The Master Have His Way” by the Lathanettes, released on Boola-Boola in 1969. In the group were Odessa Perkins, Dorothy Archie, Lacy Brown, Joyce Beasley, Helen Johnson and Joseph Wynder. On this fine album they’re accompanied by piano, bass, guitar, organ and drums. An MP3 is available. 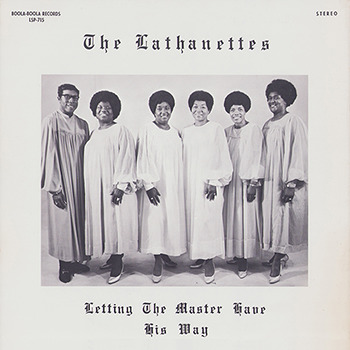 The Corona virus has a few good sides as well, for instance I’m now able to spend more time on my websites and on other enjoyable things. Maybe most of us will find out that our lives are way to full!? The environment also benefits from the virus; indicating once more that we need to change our way of living. The Corona virus is definitely devastating in many other respects. I hope everyone follows the advices given and stays safe and healthy.

Anyway, last few days I’ve been adding releases and scans to Discogs and the ones I could use for Bless-this-soul have been added here as well. I also added a few other things.

Here’s a listing of the latest additions: