Yesterday, I’ve added scans and information for the first release of Gospel Corner LP 500 by Prince Dixon (“The Small One” Prince Dixon). It was probably released in 1970 and then re-released in 1971-72 as “Something Is Wrong” (dist. by Kent Records). The re-release has a slightly different cover and some changes in the song selection. The back cover of the original album shows Brother Henderson as DJ for XERB radio, and the text explains “20 year radio pioneer in Gospel Field”. Wikipedia states that “in the late 1940s he renounced his past and began broadcasting as a minister and gospel music disc jockey”. This appears to be inaccurate as other sources mention 1955 as the year of his conversion. Fact is that Henderson recorded secular material until 1953 (he recorded in the 1940’s and 1950’s as Duke Henderson, Studs Henderson and Big Duke). However, it’s probably true that Henderson was a DJ in the late 40’s and the notes of Delmark CD 668 (Duke Henderson: “Get Your Kicks”) say that, in the early 50’s, he played both gospel and secular material on his shows, though explicitly separated from each other. 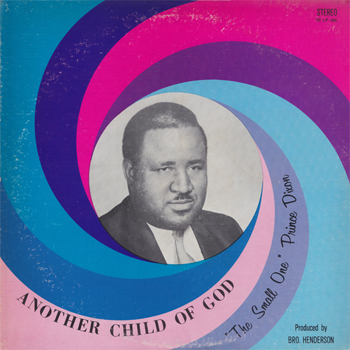