All recordings made by Los Angeles Angels were released on Brother Henderson’s Proverb label. They had one LP which was released twice in 2-3 years time. The reissue version was made and distributed by Kent Gospel Records. The same thing happened with Proverb LP 500 (Willie Cotton) and LP 503 (Watts Community Choir). LP 502 (Pilgrim Travelers) remains a little mystery as only the Kent Gospel version is known to exist.

Today I received my copy of the first version of the Los Angeles Angels LP and I decided to scan it right away. Click on the image below to see all details. 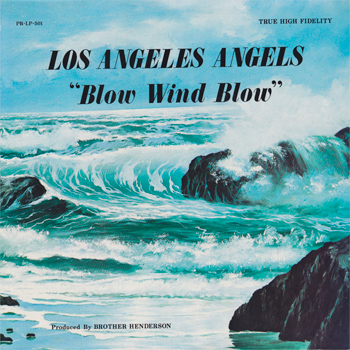